Leona had a super awesome time on Christmas Eve, first she helped me make some red velvet whoopie pies. I tried to take pictures as we were cooking them but the pictures look kind of gross so I'll spare you. Then we headed out to celebrate with the Mastropietros in Long Island and ate some delicious raviolis and opened gifts. (With Josie's help, of course.) Next we headed home to get LB in her jammies and she opened the little presents from her mama and papa. Nothing too big, we just wrapped a couple new books and a toy remote control since she loves the tv remote so much. Then once she was sound asleep we tucked her in the car seat and headed out to the almost midnight mass. She was quiet as a mouse through the whole service and only opened her eyes when everyone would rise to sing. Such a wonderful day! 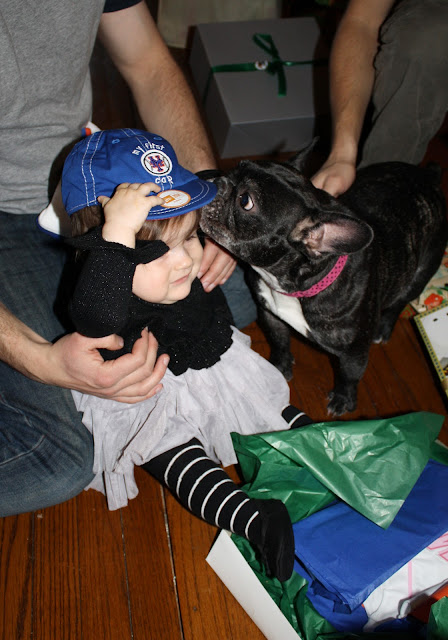 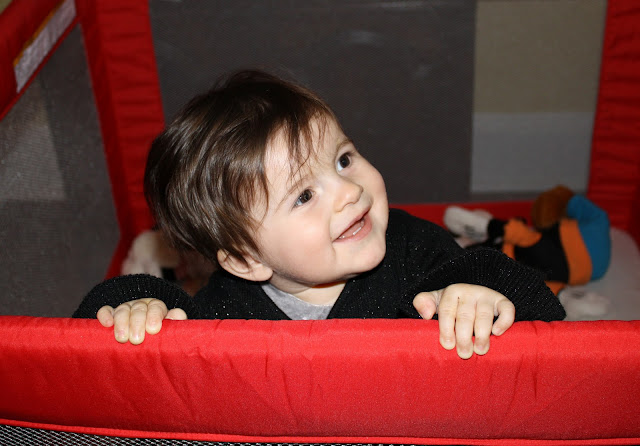 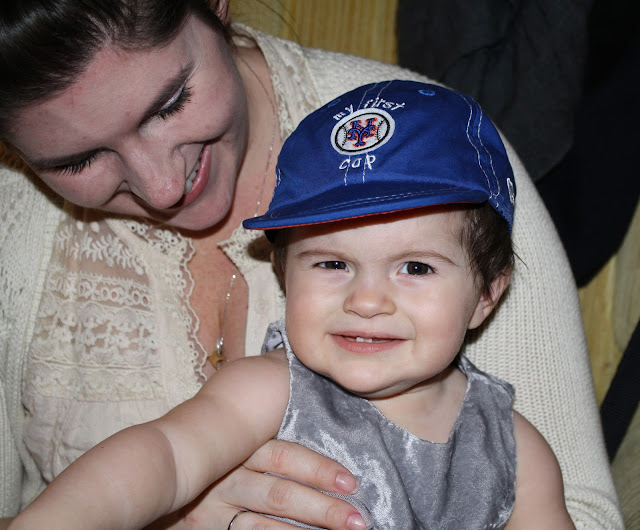 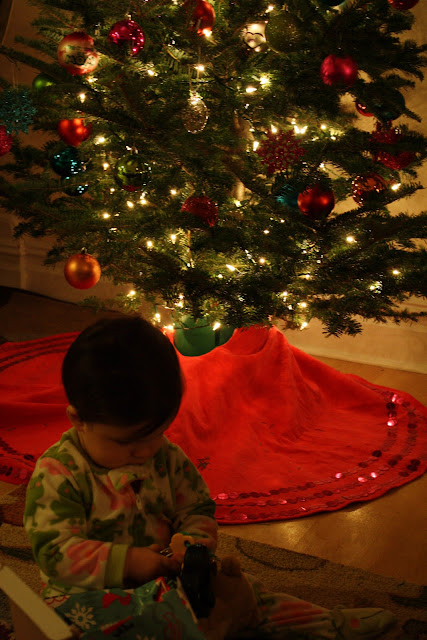 Posted by April and Anthony at 9:48 PM