This past week we stayed with LB over at grandma and grandpa's house, doing a lot of puzzles, coloring, hearing stories, and eating Halloween candy. One day I told Leona we could go to the playground so Grandma Peggy recommended one that she used to take the boys to. The outdoor playground was closed (most have been this week) but I took her inside the attached rec center and they happened to have this toddler roll-around happening. It seemed like quite a few people also without power brought their kids there that day and the rec center wasn't charging anything for the kids to play. Talk about being in the right place at the right time, Leona had so much fun! She jumped on a trampoline, played in a ball pit, and ran around wildly with other little kids. It was hard to get a good picture since she was in constant motion! Except for when she got stuck in the little padded bucket thing and cried until I pulled her out. Later I found out that this is the same gym that Anthony took karate classes in when he was little. 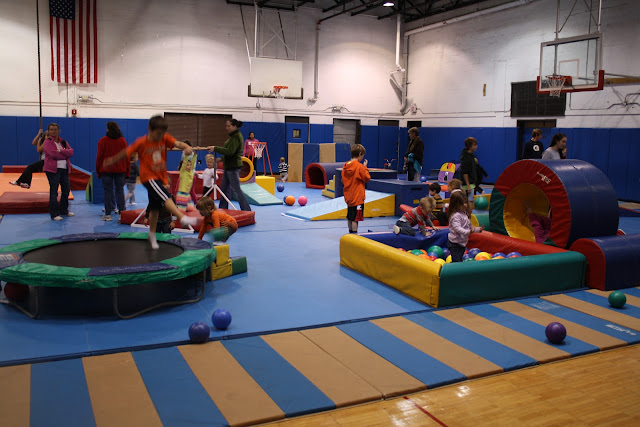 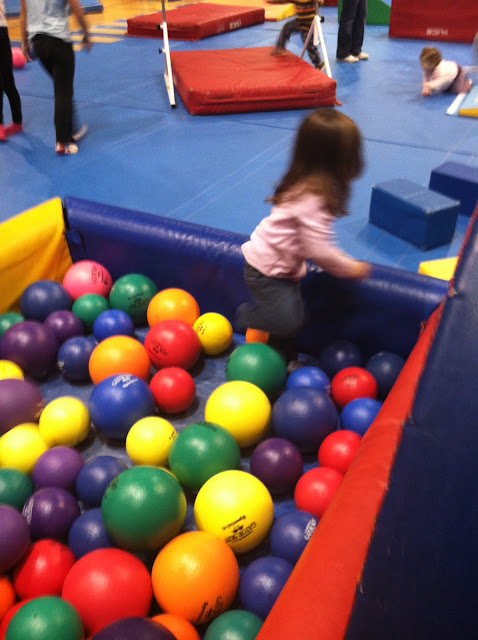 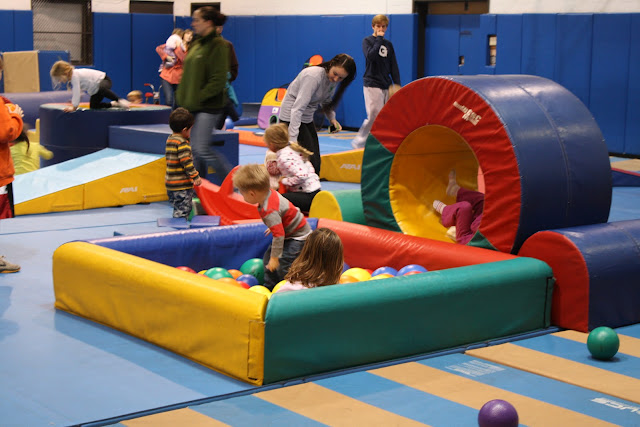 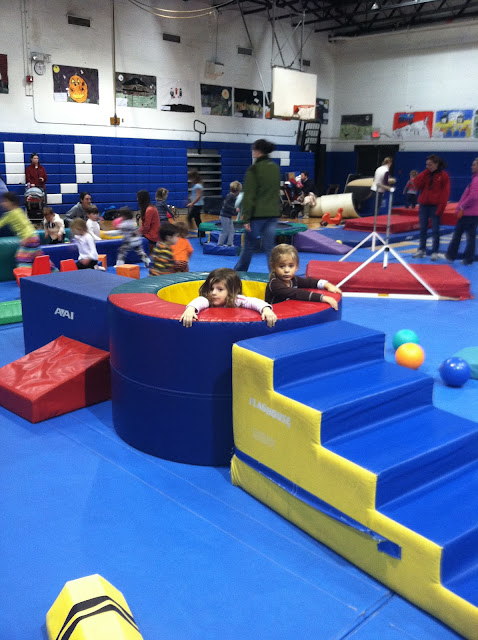