This year we bought Leona a little cheeseburger costume because it made me laugh and she doesn't seem to care about these things yet. Anthony tried to get her to try it on before Halloween and she wouldn't, so we thought she might refuse to wear it. But once we started answering the door to other little kids in costumes she changed her mind. Halloween had actually been officially cancelled because of the storm, a cop drove around at 3:00 with a bullhorn telling kids that they weren't supposed to go trick-or-treating because it was unsafe with the power lines down. Mind you there were kids in costumes walking around the cop's car, just staring at the guy. They probably should have cancelled it a little sooner, by that point it was too late. We only went to a handful of houses on the same street as Grandma's house but it was worth it.  Just to walk down the street with LB and see her walk up to the doors then get so shy was priceless. She was saying trick or treat in the driveways, but when we got to the door she just stood and stared blankly. 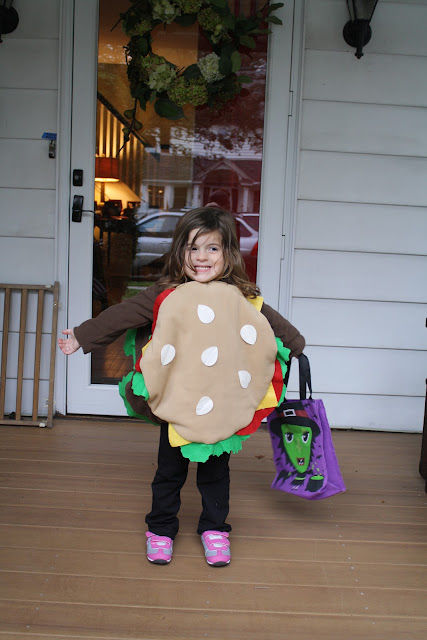 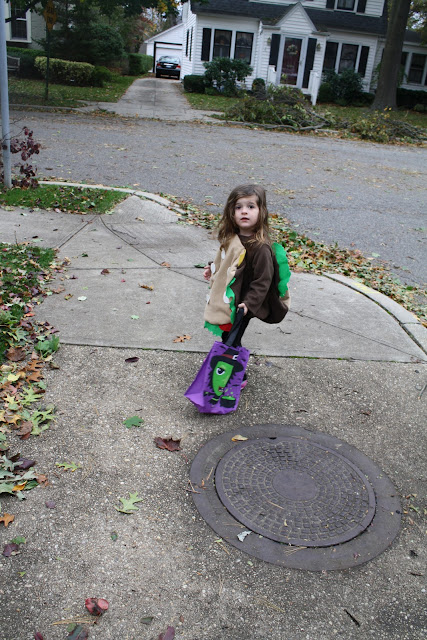 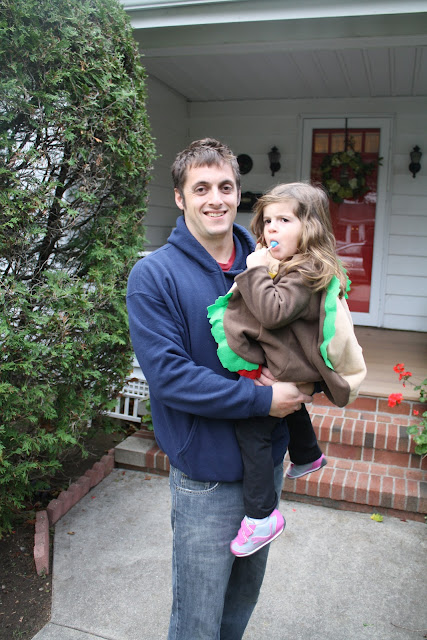