Leona met Santa a couple times this year, once at the firehouse and then again last Sunday at the local nursery. The first time at the firehouse she was so in tune to all the other kids that she didn't really focus on Santa, but the second time she was able to actually talk to him one-on-one. We waited in a pretty short line (with lots of fun stuff to look at and some other nice kids to play with) then she sat on his lap and actually smiled for a picture. I was seriously shocked, I think this is the best picture we have of her! Before she could walk away he bent down and asked her to tell him what she wanted for Christmas. She was a little shy at first but eventually she told him she wanted a bone for Josie. I told him Josie was our dog and he winked. Then when we were leaving one of the people who work there handed her a little candy cane. She reached up into the box to grab a second one (I was a little embarrassed but he laughed and said it was fine.) Then she handed the second one to me. I thought my heart was going to explode. 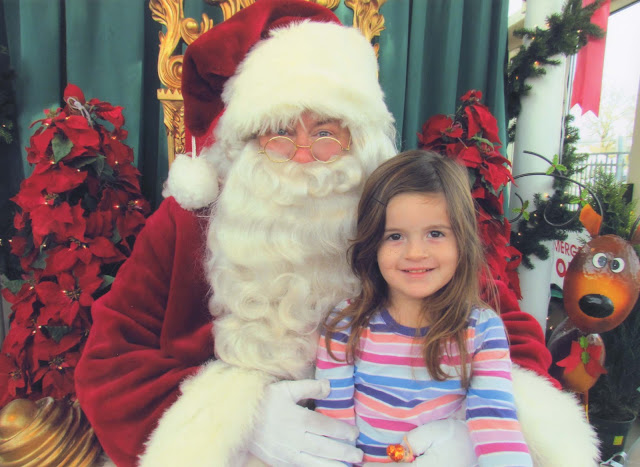 Posted by April and Anthony at 2:55 PM